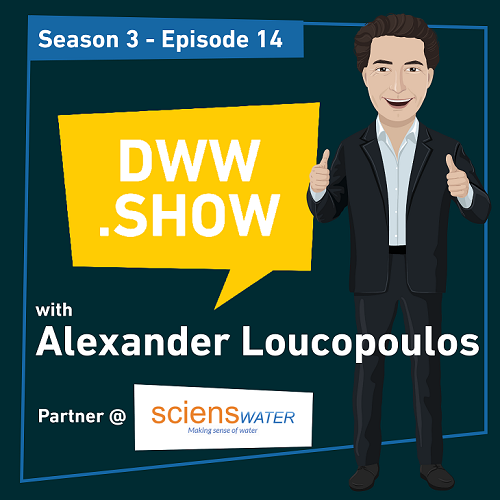 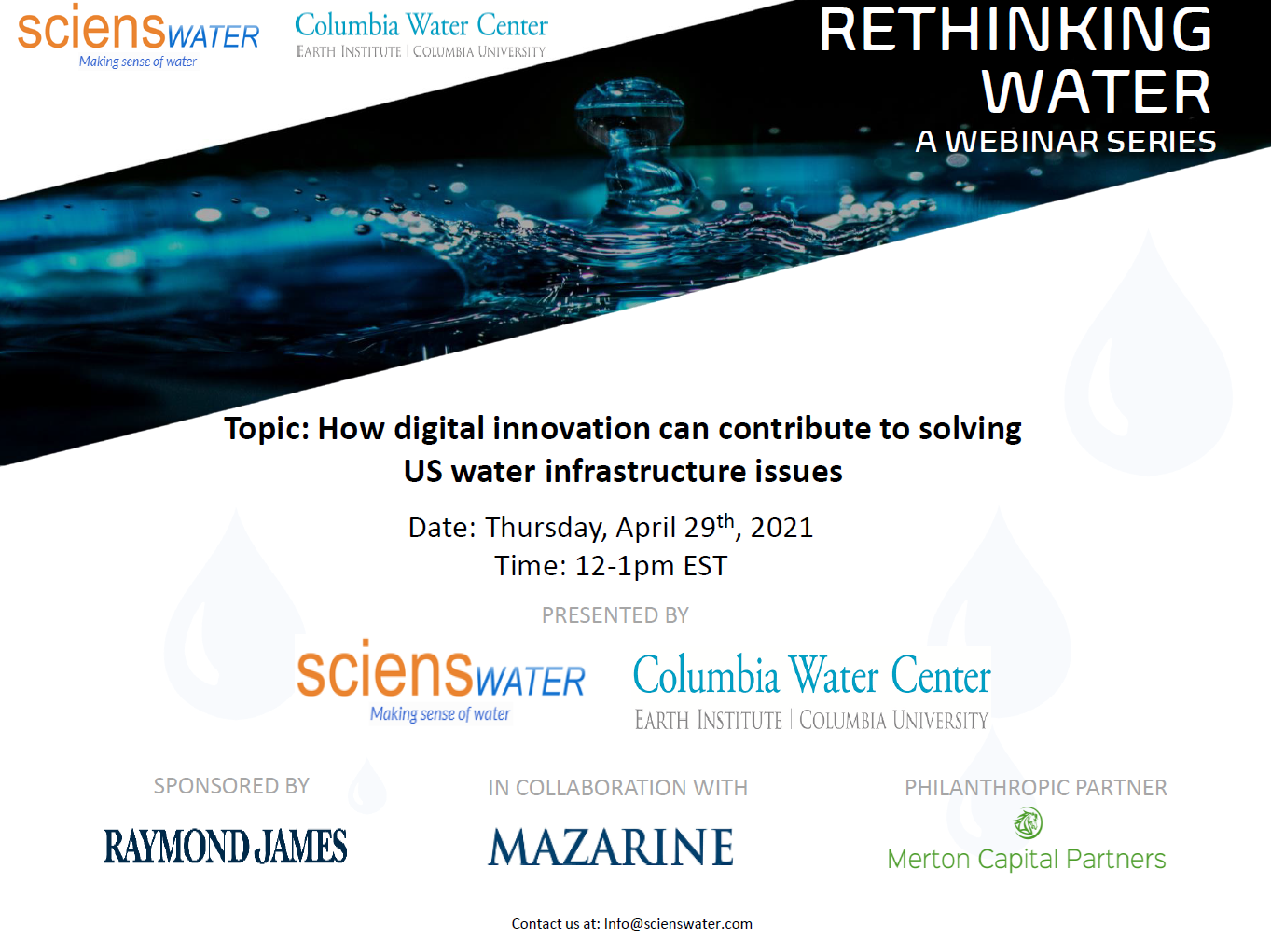 Rethinking Water - Fixing and financing aging water infrastructure in the US

Rethinking Water - Fixing and financing aging water infrastructure in the US 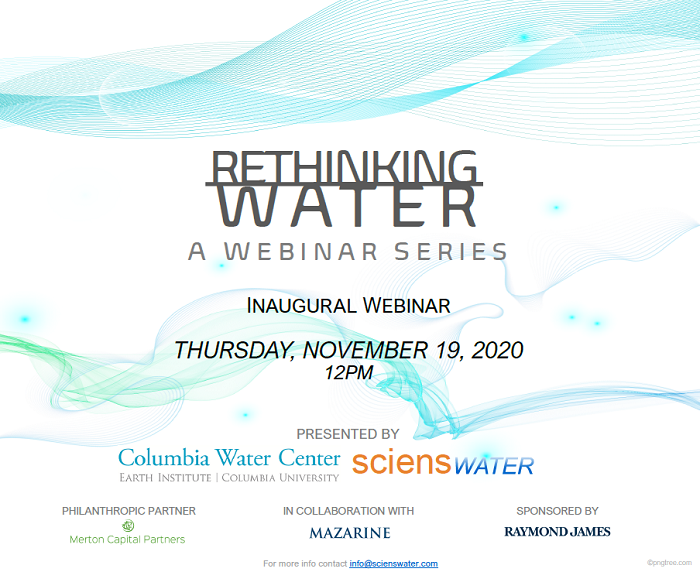 The Water Environment Federation (WEF) is the not-for-profit organization that brings you WEFTEC.

WEFTEC, the largest event of its kind in North America, offers water quality professionals the best in water quality education and training.

The 2019 Annual Meeting of the Mississippi River Cities & Towns Initiative featured leaders across the world coming to Memphis seeking partnerships with Mayors that have more impact on the global supply chain than any other on Earth.

The MIT Water Summit is a gathering of students and faculty from MIT and the greater Boston area as well as leaders from industry, finance, government, and academia organized annually by the MIT Water Club to explore current problems and potential solutions surrounding water resources.

Sciens Water is a marquee sponsor of the 2019 Water Summit

As a serial entrepreneur, water activist and a New York Times bestselling author, Mr. Siegel is a campaigner for change in water policy in the U.S. and around the world. He has been recognized for his thought leadership and advocacy on water scarcity and quality concerns. He is a Senior Fellow at the University of Wisconsin’s Center for Water Policy and his commentary has appeared in many leading publications, including The New York Times, The Wall Street Journal and The Washington Post. He has spoken about water issues in Congress, the United Nations, the World Bank, Davos, Google’s headquarters, as well as dozens of universities, including Harvard, Yale and Princeton. He is the author of the award-winning, international bestseller “Let There Be Water: Israel’s Solution for a Water-Starved World”. The book has won praise from Tony Blair, Michael Bloomberg, Shimon Peres, and Robert F. Kennedy, among other global figures.

Trained as a lawyer, Mr. Siegel left the law after six years to pursue a business career. The company he co-founded became a worldwide enterprise representing such global brands as Harley-Davidson, AT&T and Coca-Cola, finally being sold to Ford Motor Company. Seth has since devoted the bulk of his energies to community service, while helping to incubate companies in financial services, real estate brokerage and digital entertainment.

Mr. Iovino is a successful entrepreneur with over 40 years of experience as a visionary leader in the construction and infrastructure industry. He is the Founder and Chief Executive Officer of Iovino Enterprises, the parent company to several successful construction companies: MLJ Contracting, J-Track, TC Electric, and Welkin Mechanical. These companies perform civil and general contracting, track, signal, and mechanical work in the New York metro area. Prior to Iovino Enterprises, he served as Chief Executive Officer of OHL North America, a leading national construction firm and major subsidiary to the OHL Group, headquartered in Madrid, Spain. Mr. Iovino oversaw the operations of OHL North America and its divisions, including Judlau Contracting, Inc. (which he founded in 1981), OHL USA, OHL Canada, Community Asphalt, OHL Building and OHL Arellano. He is also a member of YPO Gold and the Construction Industry Roundtable. In 2002, Mr. Iovino founded the iF Foundation, which seeks to improve the health and well-being of families in Northern Haiti. He received his bachelor’s and master’s degrees in civil engineering from Rensselaer Polytechnic Institute, where he also served on the board, and is a registered professional engineer in New York.

Mr. Rooney has an extensive track record as a CEO leading both public and private corporations, with significant experience in the water and renewable energy industries. From 2011 to 2015, Mr. Rooney served as CEO of Energy Recovery, Inc. (NASDAQ: ERII), the global leader in developing and manufacturing innovative, hi-tech devices to capture and reuse energy in pressurized fluids. Prior to this, in 2009 Mr. Rooney was recruited to lead the turnaround of SPG Holdings, Inc., one of the largest solar integrators in the United States, with $100m in revenue and ~180 employees. Mr. Rooney was responsible for managing SPG’s transformation from a founder-led organization to a professional, executive-driven corporation focused on high growth with high profitability.

From 2003 to 2007, Mr. Rooney served as CEO of Insituform Technologies, Inc, a $600m, 3,000-employee publicly-traded company, today known as Aegion Technologies. The company is a global leader in sophisticated plastics and infrastructure technologies for the municipal water sector, industrial manufacturers, and oil and gas companies worldwide. Since 2017, Mr. Rooney has served as non-Executive Chairman of Synagro, a portfolio company of EQT Partners, and the largest recycler of organic waste in the United States. Prior to his career in the infrastructure industry, Mr. Rooney held several leadership roles in the construction industry at Gilbanehroug Building Co, Centex Corporation, and Turner Construction Company. Mr. Rooney has served on the Technology Advisory Board of Advanced Energy Industries, Inc. and currently serves on the Board of Directors of the International Centre for Democratic Transition, a global organization comprised of 25 former prime ministers, ministry officials, ambassadors, royalty and business leaders.

Mr. Rooney has published articles in the New York Times, Boston Globe, Los Angeles Times, Washington Times, C|NET, Engineering News Record, Construction Financial Management Association magazine and other worldwide publications. He has been a frequent business speaker and commentator for NBC, CNBC, Bloomberg, Fox Business New, CSPAN, and NPR. Mr. Rooney holds an MBA from the University of Chicago and a B.S. in Civil Engineering from Cornell University. He has completed the Directors Program on Public Company Compensation at Harvard Business School and the Directors College & Corporate Governance Programs at Stanford University.

Mr. Cordes joined Sciens in 2016 and is responsible for research and due diligence of investment opportunities for the Partnership and the Parallel Funds. He previously was a Research Analyst at Albourne Partners, leading the firm’s infrastructure and mining investment due diligence and advisory practice. He has over 8 years of real assets investment and advisory experience. Mr. Cordes received a B.A. in Classical Civilization from Yale College and is a CFA Charterholder.

Mr. Standen is a Partner at Sciens Capital Management, where he co-manages the group’s private investment activities. Mr. Standen serves on the board of directors and investment committee of each of Sciens’ real assets funds, as well as the boards of a number of the group’s other portfolio companies. Prior to joining Sciens in 1999, Mr. Standen was a lawyer at Clifford Chance, LLP in New York. Mr. Standen received a joint J.D./L.L.M. degree from the Duke University School of Law and a B.A. from New York University.

Mr. Rigas is the founder and principal shareholder of the Sciens Group of Companies and serves as the Group’s Chairman and Chief Executive Officer. Mr. Rigas has broad experience since 1994 in managing alternative assets including private equity, venture capital, real assets and hedge funds. Since inception of Sciens’ business in investing in the real assets sector in 2007, Mr. Rigas has directed the Sciens private equity team in completing numerous investments in real assets and portfolio companies in a variety of industries and in the creation of numerous investment funds in a broad array of asset classes, including aviation, shipping, coloured diamonds and other infrastructure assets. Mr. Rigas serves on the board of directors and investment committee of each of Sciens’ real assets funds, as well as the boards of a number of the group’s other portfolio companies. Mr. Rigas received a Bachelor’s degree from Colorado College

Mr. Loucopoulos joined Sciens in 2005 and was a founding member of the firm’s real asset investing platform and for the last five years he has been focused on building Sciens Water. Mr. Loucopoulos has over twelve years of establishing various real assets funds including water, aviation, maritime, coloured stones, energy infrastructure and real estate. Prior to Sciens, Mr. Loucopoulos was part of the founding team of UGO Networks and served as its Vice President of Corporate Development. Mr. Loucopoulos also worked as a consultant to Tony Fernandes, the CEO and founder of AirAsia, as well as for NBC in its broadcast of the 28th Olympiad. Mr. Loucopoulos began his career at JPMorgan as an Investment Banker specializing in Mergers and Acquisitions in Latin America. Mr. Loucopoulos received a cum laude B.S.F.S. from Georgetown University’s School of Foreign Service and an M.B.A. from the MIT-Sloan School of Management, where he was a Martin Trust fellow.